Security Tokens Get the Green Light in Luxembourg

Last week, Luxembourg’s Chamber of Deputies adopted a bill that explicitly recognised the possibility of using distributed ledger technology for the dematerialisation of securities. See the market spotlight below for the panel I spoke on with the CSSF, Luxembourg’s regulator, and some other friends.

The regulation is moving quickly across Europe: Tokenized securities now fall under the same rules and regulations as traditional financial instruments in many other European countries including France, Germany, Italy, the Netherlands, Romania, Spain and the UK.

What will this new bill in Luxembourg mean for tokenized securities?

The Bill is a continuation of the law passed in 1 March 2019. Perhaps unsurprisingly, after it was introduced we saw a surge in demand from financial institutions in the region. Curiosity was sparked in Luxembourg and in wider European markets. Most importantly, it gave market actors the confidence they needed to start utilising the technology operationally. In the coming months, we expect the same to happen across the industry due to this recent regulatory development.

How can market actors adopt the technology?

For market actors to adopt the technology and benefit from the automation and transferability improvements, they need to do so in a compliant manner. Control and regulation still need to be applied. Therefore, proven and open-source security token standards like the T-REX protocol are essential as they allow assets to be represented on the blockchain compliantly. They enable agents appointed by the issuer to exercise control over assets and ensure the securities can only be held by eligible investors.

What do we expect to happen in the year ahead?

We believe the regulation will give even more confidence to the financial services sector in Luxembourg and beyond. So far, Luxembourg has been one of the most proactive jurisdictions in Europe with its first law in 2019. However, this needed to be developed and last week’s law will bring more clarity and more confidence to asset owners. Real estate closed-end funds are currently the asset class that benefits the most from this new form of securities and we expect this to accelerate in 2021.

Due to the progression in regulation we are experiencing a spate of interest and projects from the fund industry. Our customers, WeInvest, Finimmo and Digibrixx have already begun building their projects, with more on the way. 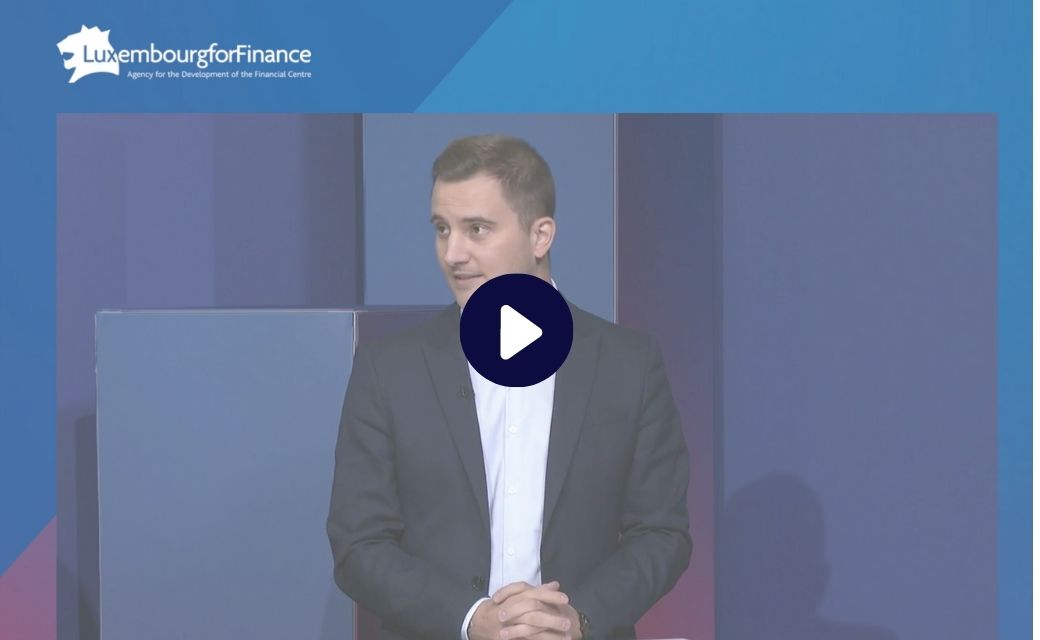 Organized by Luxembourg For Finance

The event brings together the regulator CSSF and experts from across financial services to provide insights on the topic.

Bitcoin Powers to New High as Tesla Takes It Mainstream

Bitcoin extended gains on Tuesday to a record high as the afterglow of Tesla Inc’s investment in the cryptocurrency had investors reckoning it would become a mainstream asset class.

Swiss digital asset bank Seba is set to issue its Series B equity to shareholders as security tokens on a blockchain.

Sygnum, a digital-asset finance firm with a Swiss banking license, has tokenized its first set of assets under the nation’s new law addressing the use of distributed ledger technology (DLT).

If there is one thing that criminals crave, it’s anonymity. The ability to cloak their illicit activities behind layers of privacy — or to blend in with everyone else — gives bad actors an edge in every arena.

Last week, Luxembourg’s regulator, the CSSF, adopted a bill that explicitly recognised the possibility of using distributed ledger technology for the dematerialisation of securities.

July 2021 Public Blockchains Are Now Suitable for Financial Institutions A blockchain is a network, it is an ecosystem. It is a group of people…
Jun14

Are Banks Missing Out on the Digital Money Revolution?

June 2021 Are Banks Missing Out on the Digital Money Revolution? Digitalization continues to accelerate our everyday life, affecting people, businesses, governments and financial institutions.…
May18

The Era of Blockchain Interoperability Begins

May 2021 The Era of Blockchain Interoperability Begins A few weeks ago, we announced our partnership with Polygon, making T-REX the first protocol for security…
Apr19

Coinbase, The First Trusted DAM, Is Worth Over $50B. Who’s Next?

April 2021 This week could go down as a watershed moment for the crypto industry. Coinbase, a digital asset marketplace (DAM) for cryptocurrencies, listed on…
Menu