One of the key principles we follow that makes our products and the blockchain ecosystem better, as a whole, is efficiency. Although the main purpose of the blockchain is to be able to share data and transact between parties without intermediaries, the speed and volume of the interactions are crucial to having successful blockchain applications via smart contracts.

This content is taken from the monthly Product Focus newsletter in July 2022.

At Tokeny, we already automated a lot of operations by providing a complete system and APIs. The T-REX Factory, a module of our software, triggers the right blockchain transactions at the right time, manages operations queues, etc. And for a few years already, it works great. But, it forces a wallet that Tokeny controls to be used for the deployment, and then to transfer the ownership to the issuer. Our goal at Tokeny is to empower our users and not to be a middleman.

Now, with the new ERC3643 Onchain Factory, the wallet of the issuer can directly be used as a parameter in the deployment. The Onchain Factory is a smart contract that provides the automated completion of our entire ERC3643 suite. This program allows its users to deploy and configure everything from their tokens in only one blockchain transaction, without the need of additional configuration post-deployment.

Deployment of all smart contracts with a single transaction

Normally, in order to deploy the full suite of contracts of ERC3643 and configure them, at least 15 transactions (deploying the 6 main contracts and then configure them to fit the requirements of the token issuer) are required. In addition to that, there are also some transactions that can happen only after previous transactions are added in a block, as the output of previous transactions has to be consumed as an input for the next. Thanks to the Onchain Factory, you can have all tasks done at the same time under one transaction. Having the deployment process this way saves plenty of time and reduces the cost of gas fees. 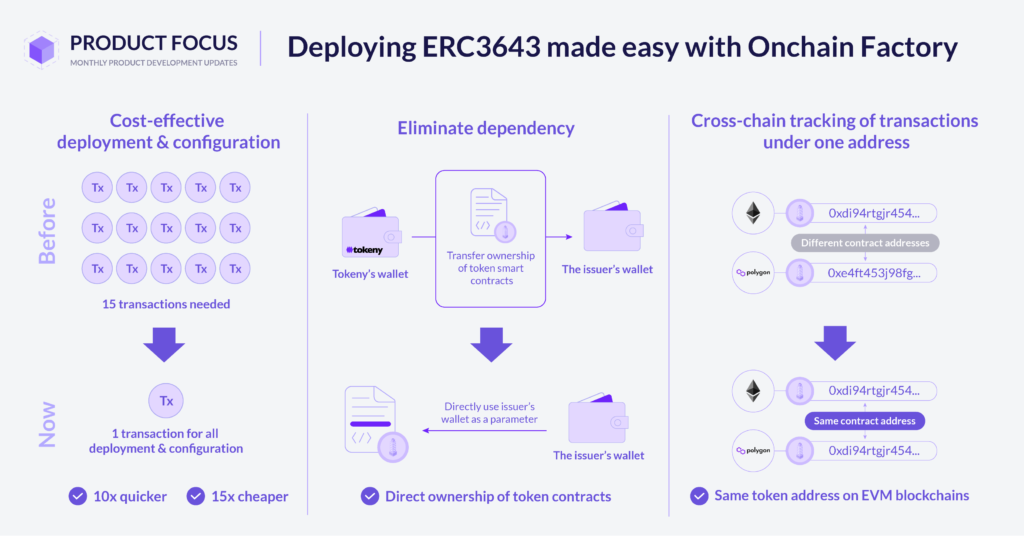 We are very proud of this deployment, with continuous updates and improvements along the way thanks to the hard work from our entire team. 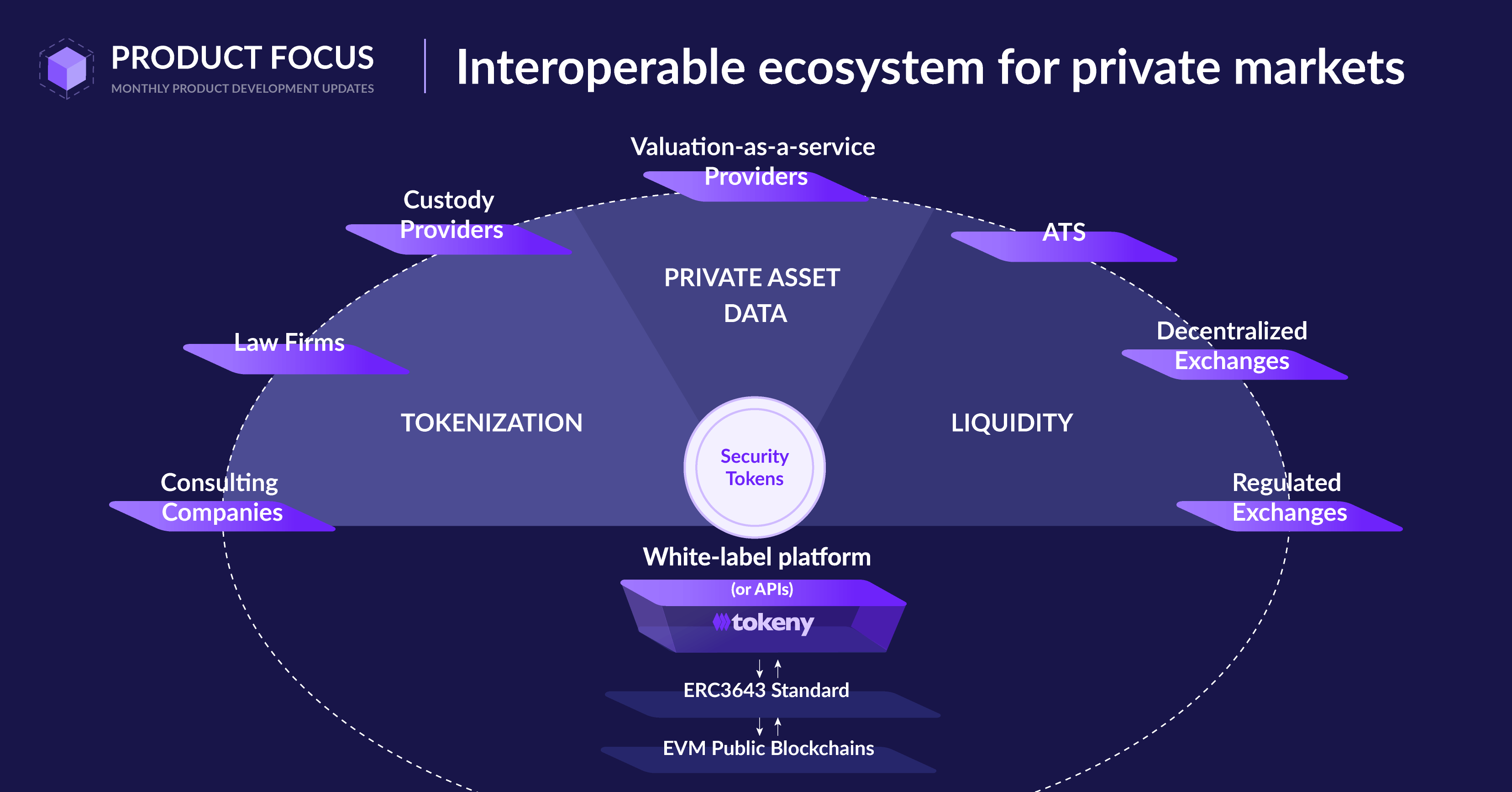 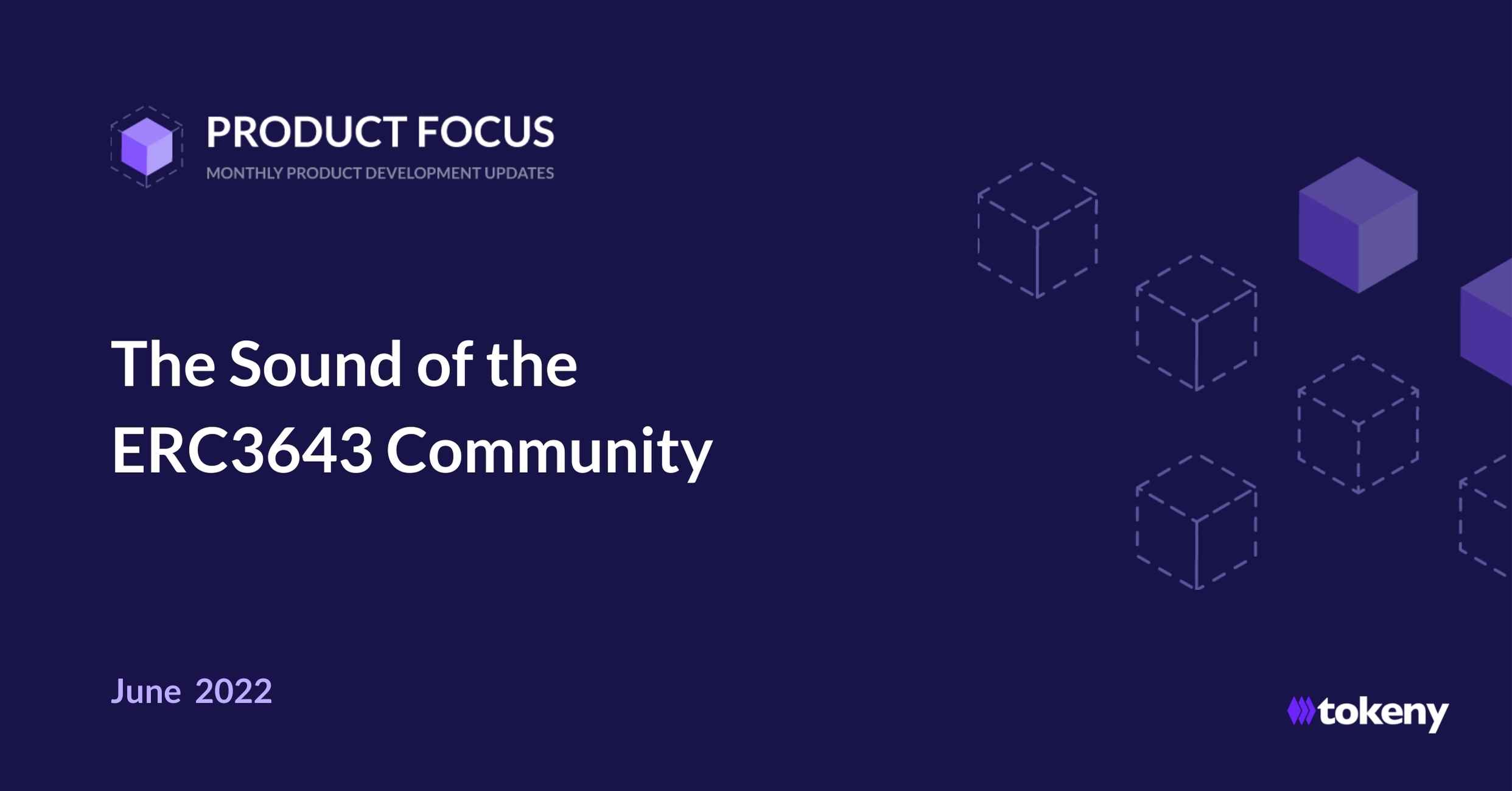 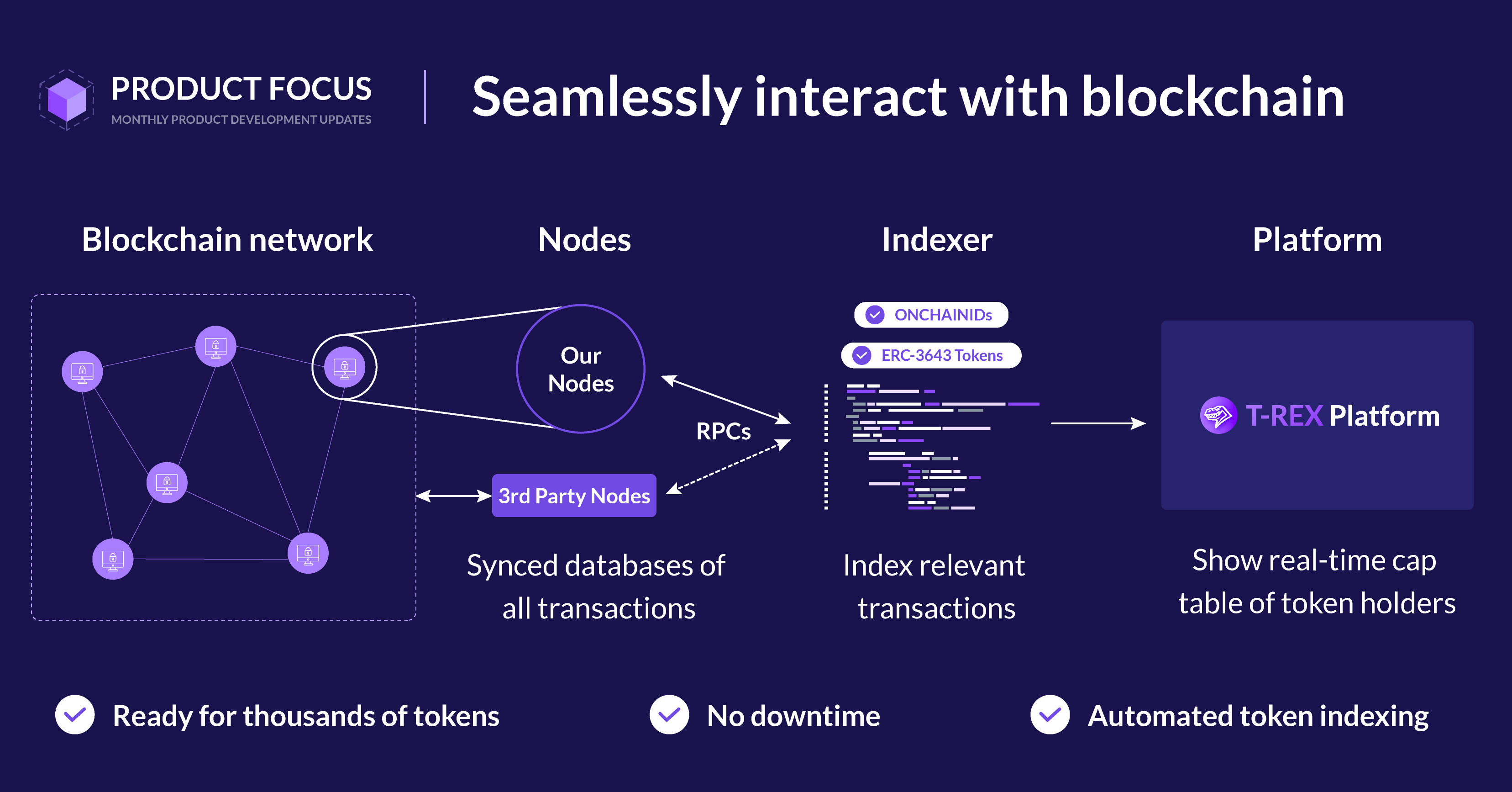 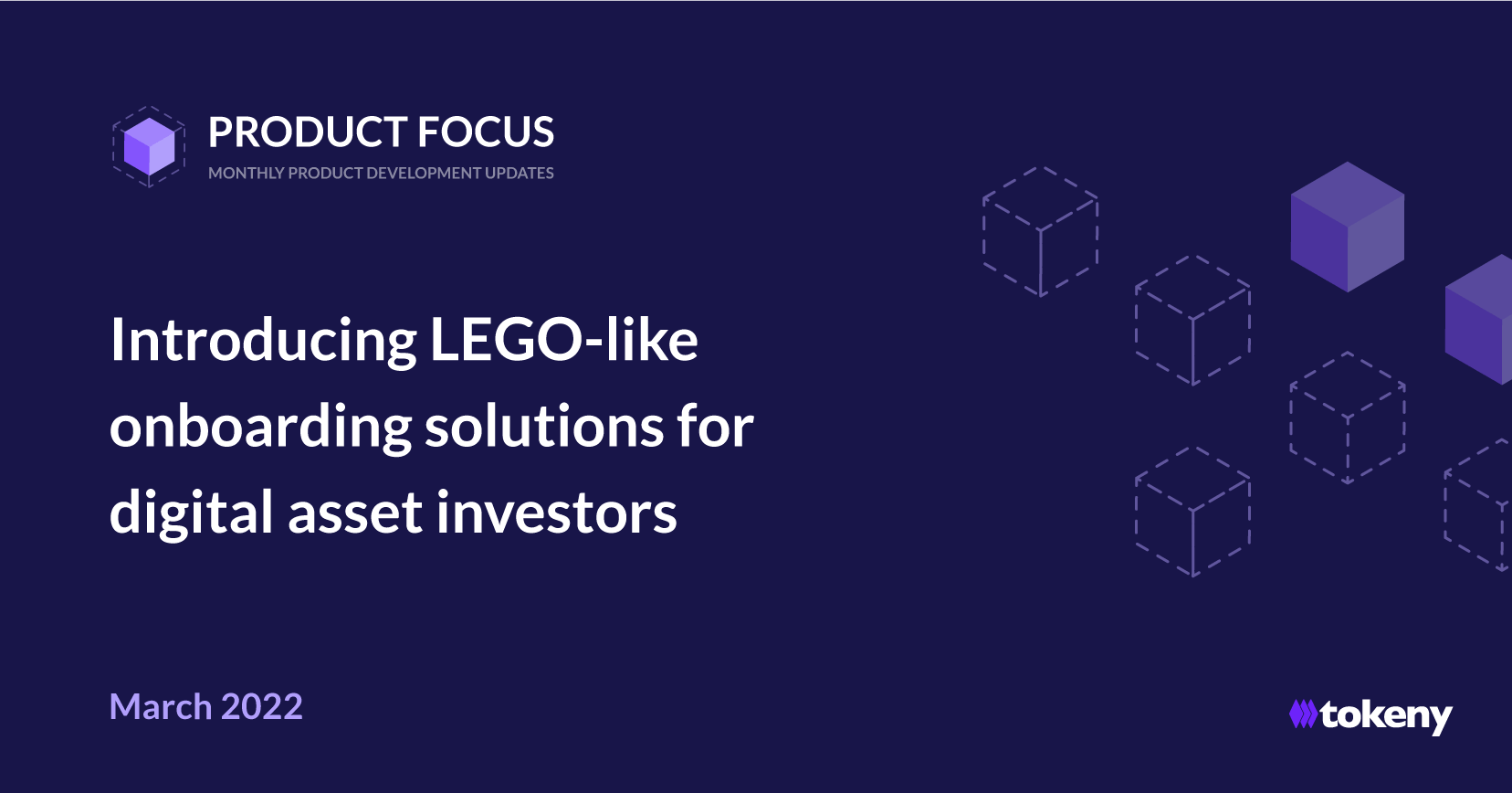 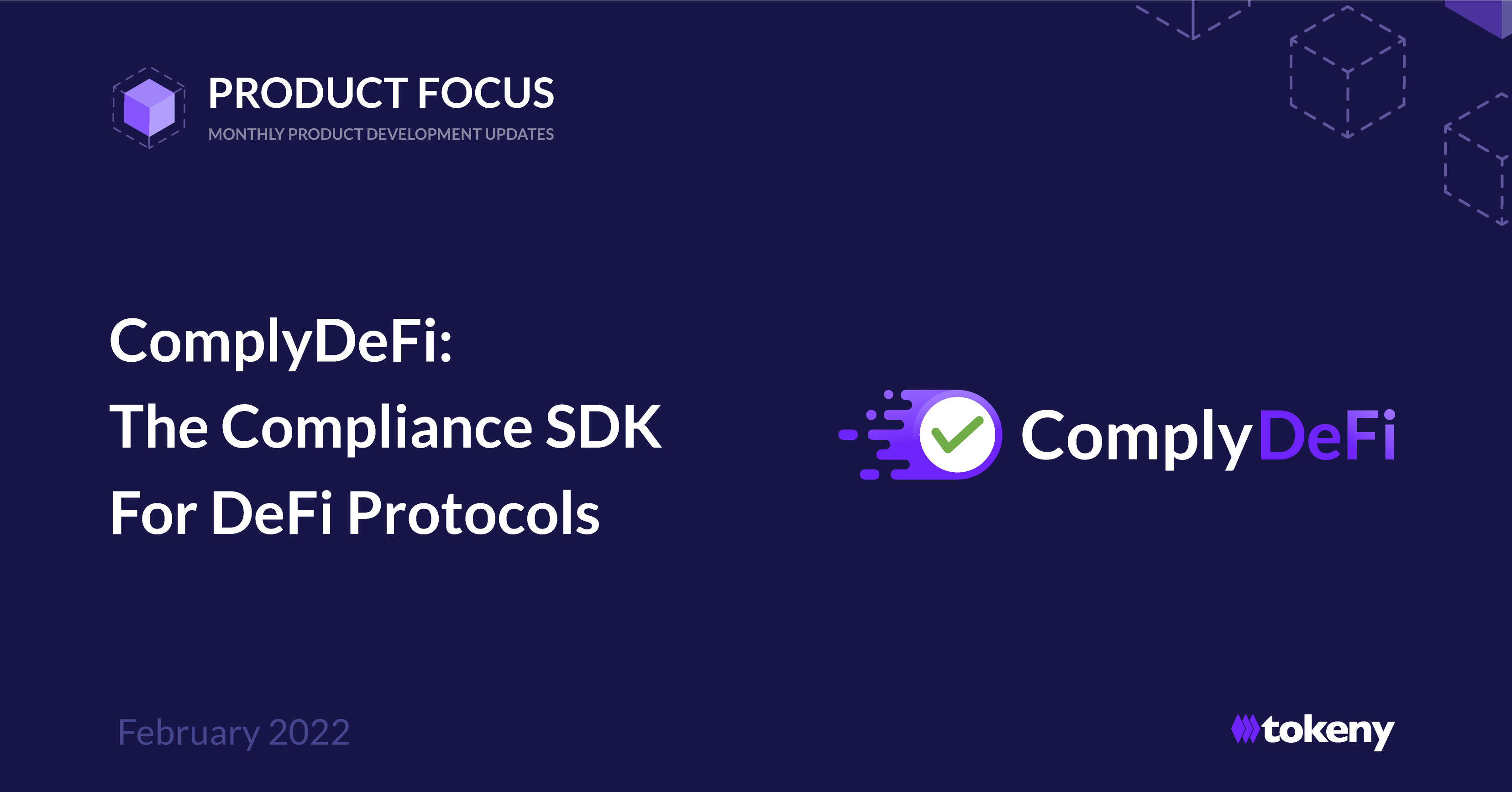 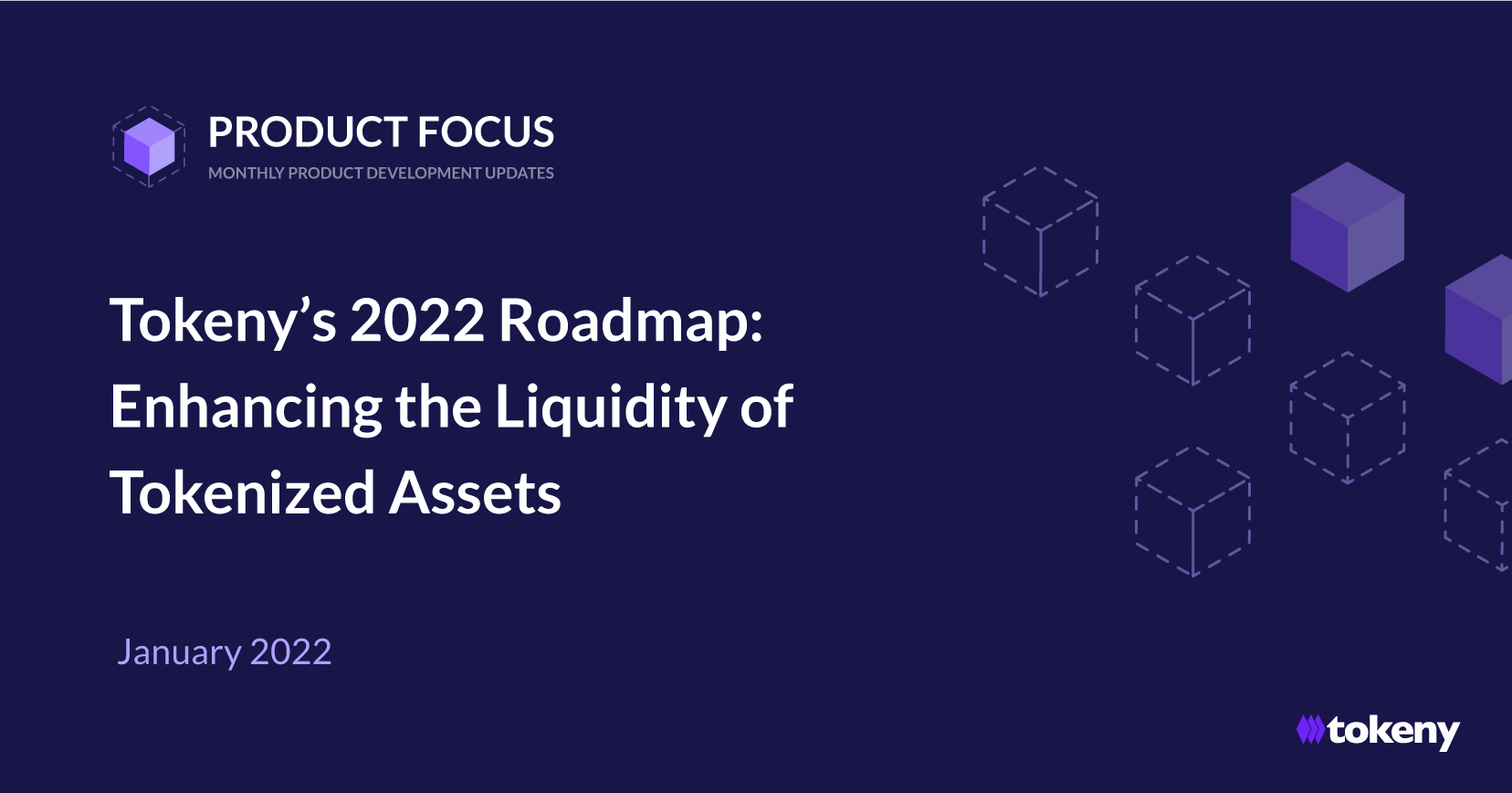 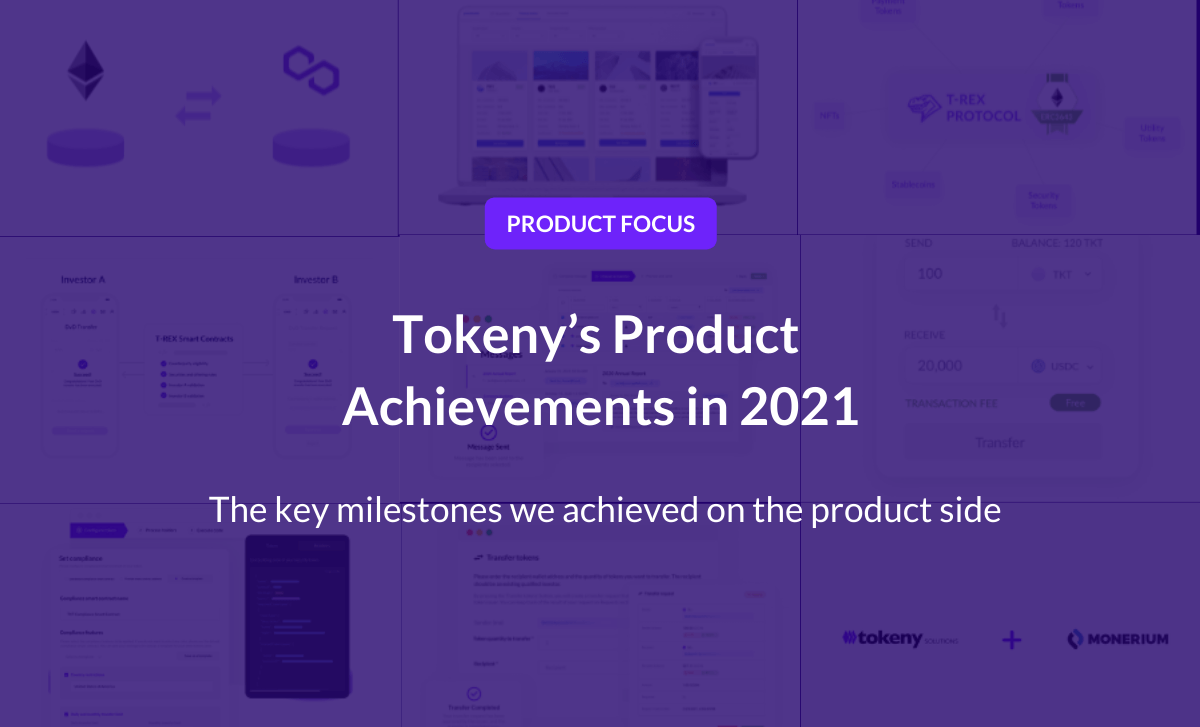 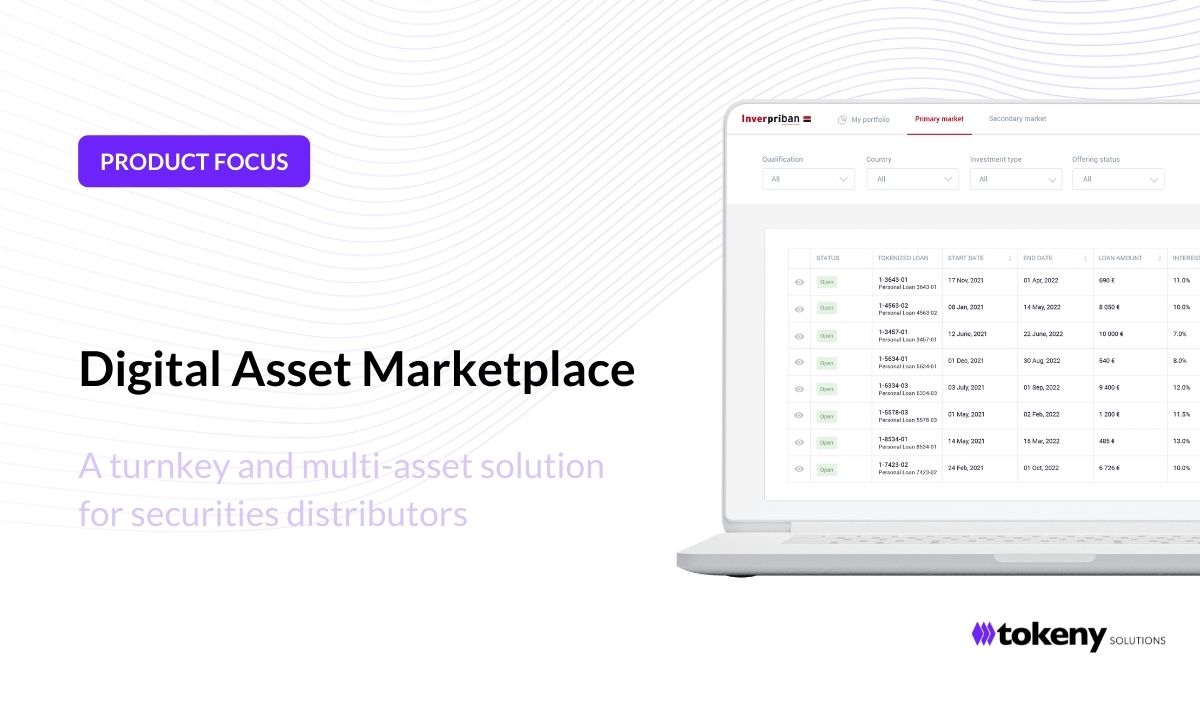 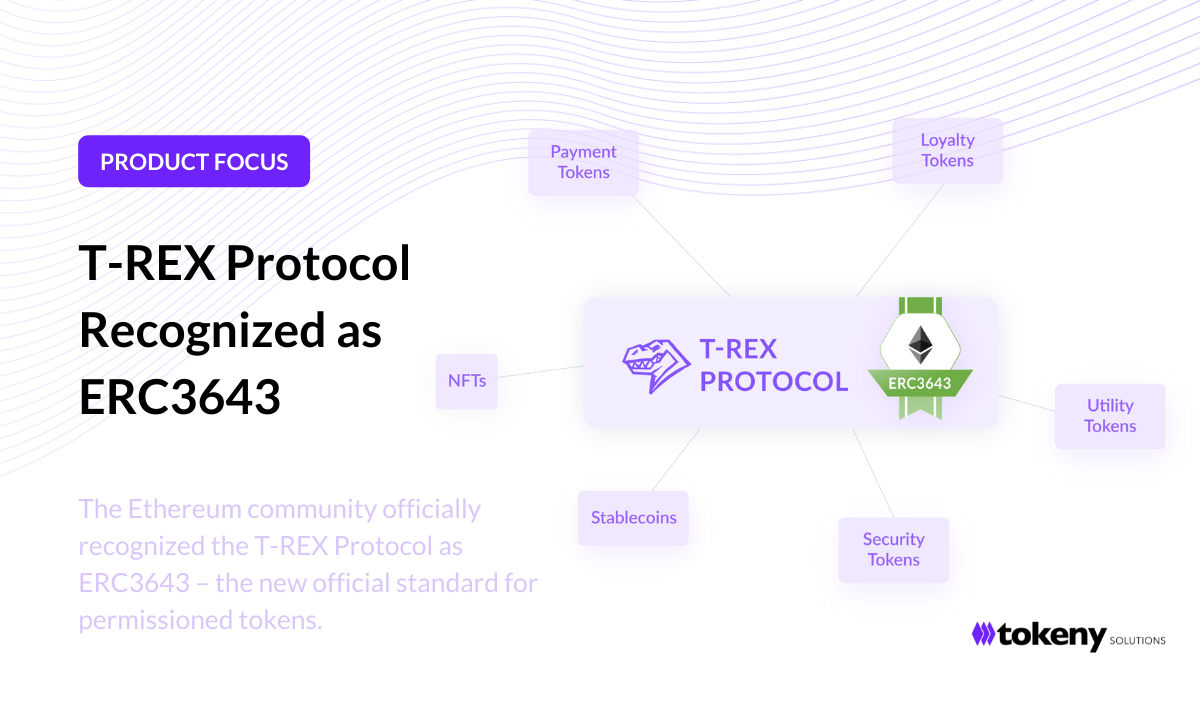 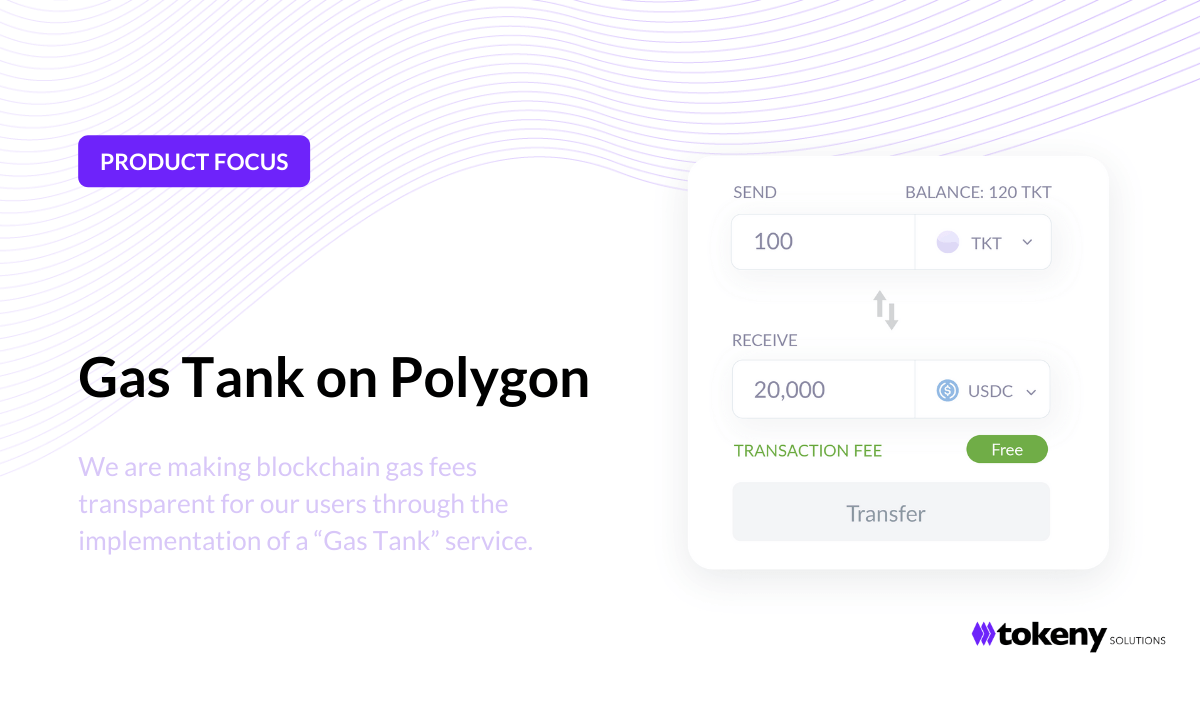